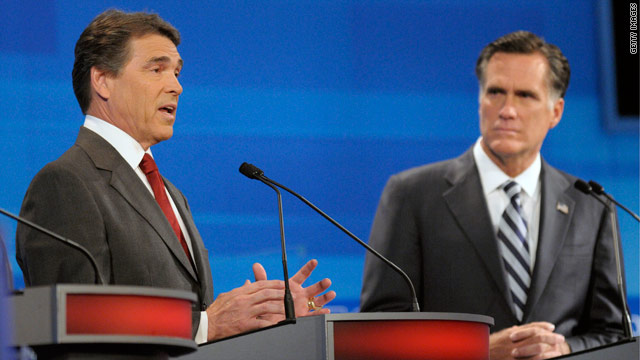 Perry is focus of attention, attacks at Florida debate

Orlando (CNN) - The perils of being the Republican frontrunner came into sharp focus for Texas Gov. Rick Perry on Thursday at a debate in Florida, with his rivals aggressively seeking to poke holes in his record and dislodge him from the top of the polls.

Perry repeatedly found himself on his heels as his foes pressed him on issues including Social Security, immigration, border security and his 2007 executive order mandating that middle-school girls be vaccinated against the sexually transmitted HPV virus that can cause cervical cancer.