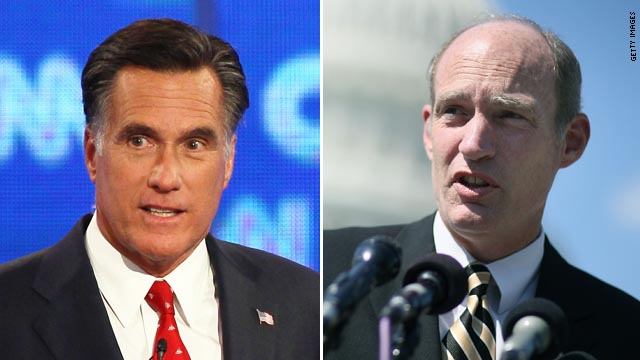 A few hours after Michigan Rep. Thaddeus McCotter's congressional office confirmed the dissolution of his presidential campaign to CNN on Thursday, his campaign released a statement saying he would be backing Romney's bid for the White House.

Also on Thursday, McCotter told The Detroit News he reached his decision after receiving Romney's reassurance that as president he would not implement a federal heath care reform package akin to the one he instituted in his home state.

"We must unite behind the candidate best capable of defeating Barack Obama on November 6, 2012," his endorsement statement read. "Mitt Romney is that candidate."

McCotter went on to state his desire to see political change, "The American people deserve leadership in Washington that understands America's exceptionalism is not our burden but our birthright."

In the newspaper interview, he said he thought GOP frontrunner Rick Perry might snag the vice presidential nomination, since his Texas roots might render the current governor all too reminiscent of former President George W. Bush to secure the No. 1 spot.

McCotter placed 10th in the high-stakes Ames Straw Poll in Iowa, which measures organizational strength in the Hawkeye State, garnering only 35 votes out of approximately 17,000.

In the statement he said he will seek re-election in Michigan's 11th congressional district to implement "a platform of principled conservatism." With the help of his constituents, McCotter said that together they would "transcend our challenges; revitalize our economy; defend our freedom; and bequeath our exceptional nation to our children."

McCotter's endorsement of Romney was first reported by The Detroit News.