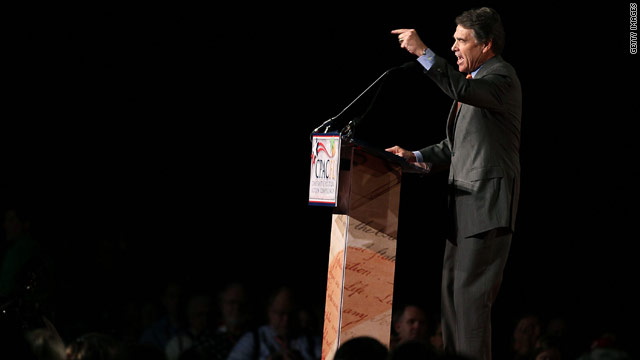 (CNN) - Texas Gov. Rick Perry responded to Rep. Michele Bachmann's criticism of his short-lived 2007 executive order requiring girls to get a vaccination for human papillomavirus, during Thursday night's Republican presidential candidates' debate in Orlando. Bachmann said a drug company that produced the vaccination hired his former chief of staff to lobby him.

Perry's response: "I got lobbied on this issue. I got lobbied by a 31-year-old young lady who had Stage 4 cervical cancer. I spent a lot of time with her. She came by my office, talked to me about the program."