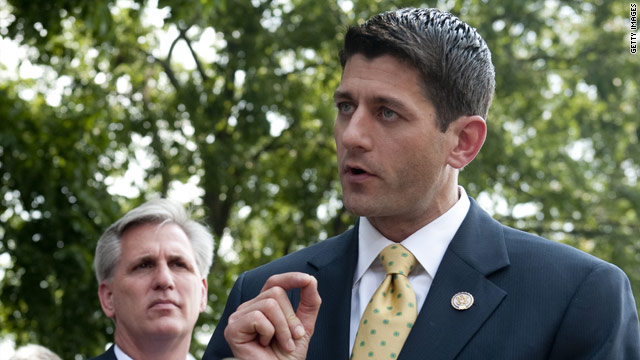 Washington (CNN) - Wisconsin Rep. Paul Ryan, seen by many as a rising star among Republicans, was tapped Friday to head up a key fundraising group for his party ahead of the 2012 presidential election.

"I am delighted to announce the appointment of my good friend Paul Ryan to chair the RNC Presidential Trust," Republican National Committee Chairman Reince Priebus said. "Paul is a visionary leader for our Party and it is fitting that he play a crucial role in the upcoming election where our nation's future hangs in the balance."

According to the RNC's release, the RNC Presidential Trust is able to make "coordinated expenditures" on campaign costs in concert with the eventual GOP presidential nominee. The group can also coordinate staffing in cooperation with state Republican parties.

Ryan said Friday that his role in raising money for Republicans in the 2012 election would be essential in changing policies put in place by President Barack Obama.

"Americans struggling under the Obama administration's failed economic policies cannot afford another four years of high unemployment, unchecked government spending and record deficits and debt," Ryan said in a statement. "Raising the resources necessary to get out the vote in 2012 will be the difference maker in determining what kind of future we will have."

Ryan, who serves as chairman of the House Budget Committee, has received increased attention in the past several months for his role in crafting a controversial budget proposal that cuts trillions of dollars in federal government spending.

Ryan's name is frequently mentioned as a potential vice-presidential candidate. Ryan has said that he will not seek the GOP presidential nomination.