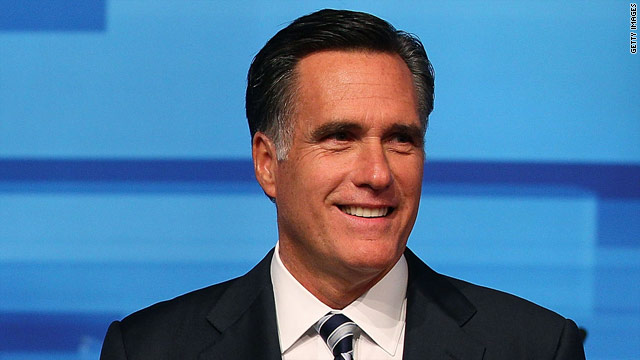 Of 681 votes cast in this weekend’s poll, Romney captured 346 votes or 51 percent, according to results announced Sunday.

"It confirms what a lot of people thought that Romney is the best known candidate and is the one to beat,” state Republican chairman Bobby Schostak told reporters Sunday.

Romney was expected to do well because he is a native of Michigan, has a large network of supporters in the state and won the primary here in 2008. He has already campaigned in the state several times, including spending Saturday here on the resort island greeting attendees and meeting with activists and donors.

Romney and Perry spoke on Saturday touting their records to the more than 1,800 attendees of the Mackinac Republican Leadership Conference—a major gathering that draws key GOP supporters, activists, party officials and donors both from Michigan and across the nation.

Neither spoke of the straw poll, and there were no overt efforts by any of the campaigns to lobby for votes. Romney’s campaign has said it would not participate in any straw polls this season because of the amount of resources they often require. There were some Romney volunteers on the street handing out campaign literature as conference attendees passed.

Schostak said Perry told him he intends to be competitive in Michigan during the primary fight and is working to build a network of supporters and donors. “He is going to play,” Schostak told CNN. Perry also had meetings with donors and activists on Saturday while on the island.

No other presidential contender spoke at the conference, and no other candidate reached double digits in the straw poll.

When the attendees were asked who would be their top choice for the vice presidential nomination, 481 - or 23 percent - said Florida Sen. Marco Rubio.

The straw poll was sponsored by National Journal’s Hotline newsletter and the National Association of Home Builders.