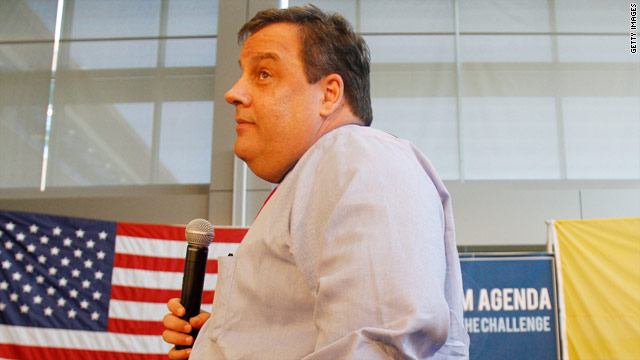 (CNN) – For someone who has worked to keep his name out of GOP presidential chatter, New Jersey Gov. Chris Christie is keeping up a high profile similar to that of current presidential candidates these days.

And Monday he'll begin a trip not unlike a campaign swing through three states.

The popular Republican will headline an annual event for the Missouri Republican Party Monday evening –the party's largest fundraiser of the year– which will be preceded and followed by two more fundraisers in the state.

Christie was invited to speak at the Ronald Reagan Presidential Library by the former first lady, Nancy Reagan, herself. He will travel to California Tuesday to deliver remarks at the $75 per person Perspectives on Leadership Forum.

Thursday the bombastic chief executive will attend a rally with Louisiana Gov. Bobby Jindal in Baton Rouge, followed by a fundraiser.

Christie has vehemently denied any desire to jump into the 2012 race for the GOP presidential nomination, but was named to the number two post in the Republican Governors Association in early September, and is regularly employed by the GOP for his money-raising prowess.

Though he said the "person that picked me as vice president would have to be sedated," as recently as June, Christie's persistent refusals haven't squashed pressure for him to jump in the race.