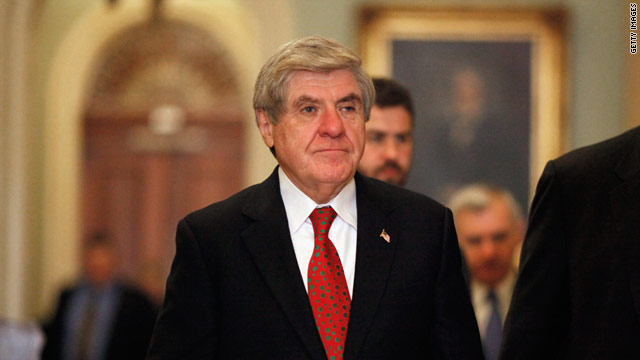 CNN has learned that FreedomWorks will endorse state Treasurer Don Stenberg, one of two well established candidates making a bid for the Senate nomination. Stenberg, who launched his campaign in March, is a former Nebraska attorney general and the GOP's 2000 Senate nominee in the state. He is making his fourth run for the Senate.

"Over the past few months we have been speaking with our members and allies in Nebraska and two things are clear: they are going to work hard to beat Ben Nelson, and they want Don Stenberg to be their next Senator," says Max Pappas, Executive Director of FreedomWorks PAC, in a statement obtained by CNN.

"Nebraskans described Stenberg to us as 'tea party-minded before we had tea parties' and noted 'based on his record and life, he is a constitutionalist,'" adds Pappas.

FreedomWorks is a major DC-based conservative grassroots group that has provided much of the organization behind major tea party events, and that among other things, supports fiscal conservative candidates.

The other major candidate in the GOP nomination battle is Nebraska Attorney General Jon Bruning , who has been running for nearly a year. The Tea Party Express, a major national tea party organization, has endorsed Bruning. State Sen. Deb Fischer is also considering a run. Nine others have either launched campaigns or are considering bids.

Nelson, a moderate to conservative Democrat who was first elected to the Senate in 2000, is running for a third term in office. The non-partisan Cook Political Report and non-partisan Rothenberg Political Report, two of the top political handicappers, both characterize the race as a "toss up."