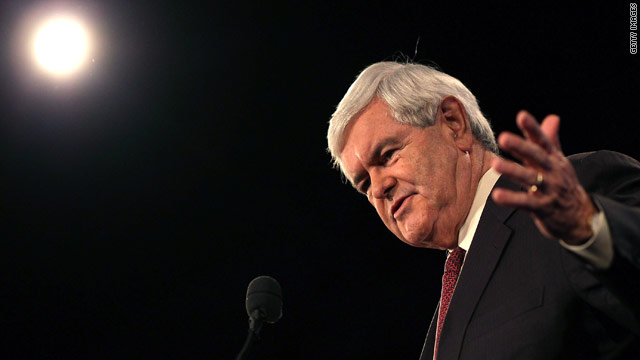 (CNN)-Former House Speaker Newt Gingrich picked up a big endorsement Monday, from the head of an influential group.

Tea Party Nation founder Judson Phillips threw his support behind the candidate for the 2012 GOP nomination, who's candidacy suffered setbacks early in the campaign.

Based on criteria including electability, conservatism, and whether the candidate has a "plan to the vision to put forward plans to dismantle the massive government bureaucracy that we have seen grow under both Republican and Democrat administrations," Phillips winnowed down the qualifiers to Gingrich.

"Gingrich is the candidate who has the vision to fundamentally change the Federal Government. Gingrich has the unique capabilities to be the field general. He is the big idea man, much as Ronald Reagan was," Phillips wrote in a blog post for the Tea Party Nation.

The tea party movement, in general, prides itself on encouraging individualism and Phillips' endorsement is likely not a reflection of the group as a whole. In fact, in his statement he says "I am thrilled to endorse Newt Gingrich to be the Republican nominee and the next President of the United States."

Calling Gingrich the "best debater" who changed the way Republicans were treated during his leadership in Congress, Phillips said, "Gingrich can rightfully claim credit for everything from welfare reform to balancing the budget. Obama can offer nothing against him."

And facing what he sees as the threat of socialism to this nation, the tea party leader wrote, "Newt Gingrich is the right candidate to not only help us take this country back from socialism, but roll socialism back."