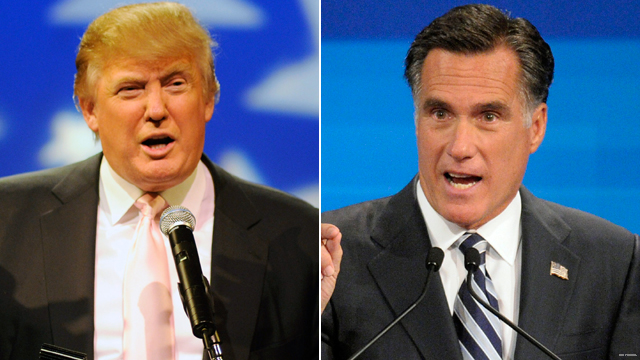 (CNN) - A week and a half after Texas Gov. Rick Perry sat down for dinner with Donald Trump, former Massachusetts Gov. Mitt Romney will get together with the famous businessman, real estate mogul and reality TV star.

Trump and Romney will meet Monday afternoon at Trump Tower in New York City, Trump said early Monday morning in a television interview. Earlier this year Trump made headlines for very publicly considering his own bid for the GOP presidential nomination.

In advance of Monday's meeting between Trump and Romney, the Democratic National Committee criticized both men, saying in an internet video that "both support an economic plan that would help out the richest – and the big corporations – but not the middle class."

Former Alaska Gov. Sarah Palin also met with the mogul in June during the East Coast leg of her bus tour. Though she's flirted with a 2012 presidential run, the 2008 GOP nominee for vice president has not made any concrete moves toward a bid.