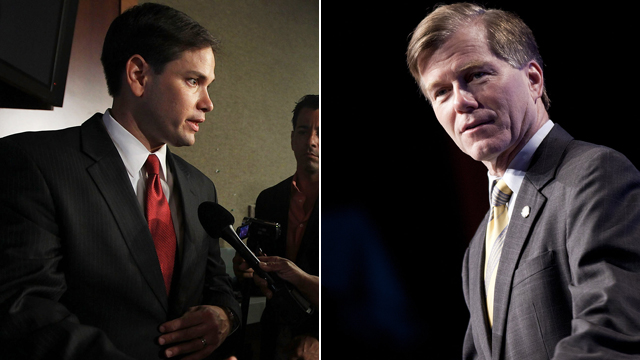 (CNN) - With the Republican presidential battle in full swing, the No. 2 spot on the ticket is garnering attention of its own.

Popular Virginia Gov. Bob McDonnell, who also serves as chair of the Republican Governors Association, will be the keynote speaker Monday at the New Hampshire Republican Party's annual fundraising dinner in Concord. The speech is his first national address since taking the top spot at the RGA.

His appearance in the first-in-the-nation primary state follows a Michigan straw poll over the weekend that gauged the vice presidential picks of Wolverine State activists and donors.

McDonnell, a first term governor, and Rubio, a freshman senator, have been the subject of ongoing vice presidential speculation with Rubio repeatedly shooting down the talk.