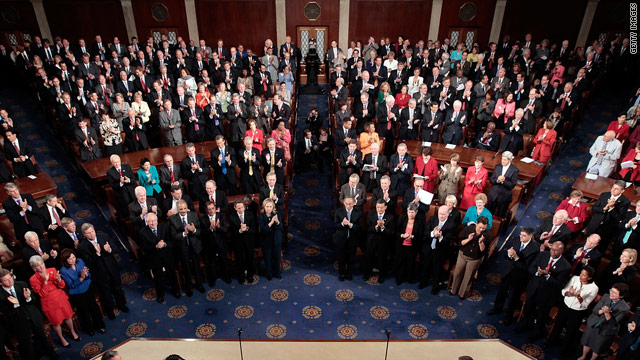 "Men and women agree that the GOP policies are a bust, but women are split on the Democratic policies while men continue to dislike them. There is a generation gap as well, with younger Americans tending to favor the Democrats' policies and older Americans more in the GOP camp," says CNN Polling Director Keating Holland.

According to the poll, a majority of Americans don't like either the Republican Party or the Democratic Party and the favorable ratings for the tea party movement are even lower.

"The Republican brand took a hit after the debt ceiling debate this summer, with the party's favorable ratings dropping eight points. Now, although the GOP still lags behind the Democrats, it has regained most of its strength," adds Holland.

Not so the tea party movement, which has seen its numbers steadily drop - from a 37 percent favorable rating in July to 31 percent in August and just 28 percent now. The poll indicates that 53 percent of all Americans have an unfavorable view of the tea party, an all-time high.

Favorable ratings for House Speaker John Boehner and Senate Minority Leader Mitch McConnell, the top two Republicans in Congress, have also started to tick up after losses in the wake of the debt ceiling debate.