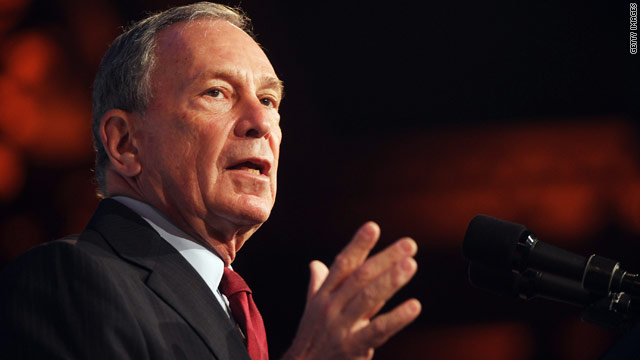 "I don't agree with Perry on other things, but on this one he's right," Bloomberg told CNN Chief National Correspondent John King Wednesday in an interview that will air exclusively on CNN's "John King, USA."

The New York mayor, an independent, said he agreed with Perry regarding two facets of the immigration debate: opposing the building of a fence along the Texas-Mexico border as a way to restrict entry by illegal immigrants, and providing in-state college tuition for the children of illegal immigrants.

When asked about Perry losing ground as the front-runner in the race for the GOP presidential nomination because of his views on immigration, Bloomberg noted that the debate is still unfolding as more constituencies and states come into the mix.

"I think you've got to differentiate between what may be good politics within the beginning of a primary race as opposed to what happens when the bigger states get involved in the primary race or what happens in a general election."

"The bottom line is Romney is wrong on this one." Bloomberg said. "This is the future of America."

When considering immigration policies, Bloomberg said he believes candidates ought to be thinking about "what's right for the country, even if it doesn't help or hurt your career."