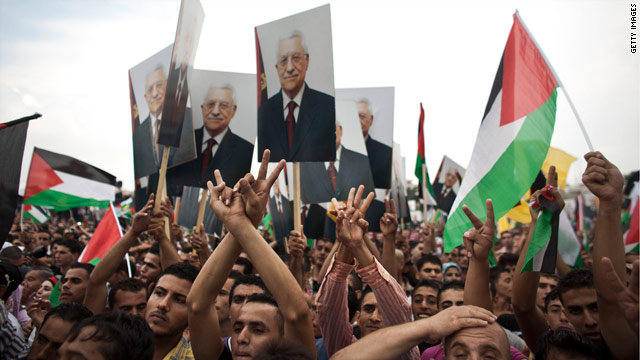 The survey's release comes as the U.N. Security Council agreed Wednesday to send the Palestinian statehood application to a council committee for review. The first meeting of that committee, which includes all 15 members, is set for Friday. The debate, however, is expected to be largely symbolic in the face of a promised U.S. veto. Palestinian Authority President Mahmoud Abbas last Friday made the bid for the United Nations to recognize an independent state of Palestine, a move Israel says is premature without direct talks that address its longstanding security concerns.

The survey also indicates that politics no longer stops at the water's edge. Two-thirds of all Republicans oppose U.N. membership for the Palestinians compared to just 41 percent of Democrats. There are also gender and generational differences on this issue, with men and people over 50 years old more likely to oppose U.N. membership for the Palestinians.