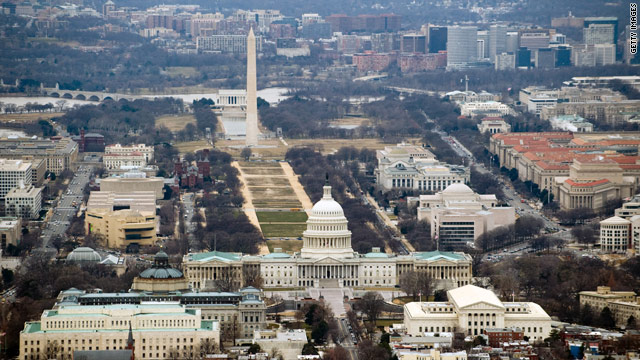 CNN Poll: Trust in government at all time low

Washington (CNN) - The public's trust in the federal government has dropped to an all-time low, according to a new national survey.

A CNN/ORC International Poll released Wednesday morning indicates that only 15 percent of Americans say they trust the government in Washington to do what's right just about always or most of the time. Last September that figure was at 25 percent. Seventy-seven percent of people questioned say they trust the federal government only some of the time, and an additional eight percent volunteer that they never trust the government to do what's right.

"The previous all-time low was 17 percent, set in the summer of 1994," says CNN Polling Director Keating Holland. "Before the Watergate scandal, a majority of Americans said they trusted the government always or most of the time, but since 1974 that has happened only during a brief period in 2001 immediately after the 9/11 terrorism attacks."

The poll indicates a partisan divide when it comes to trust.

"Not surprisingly, Democrats are more likely to trust the federal government than Republicans, but even among Democrats, more than two-thirds say they rarely trust the government," adds Holland.