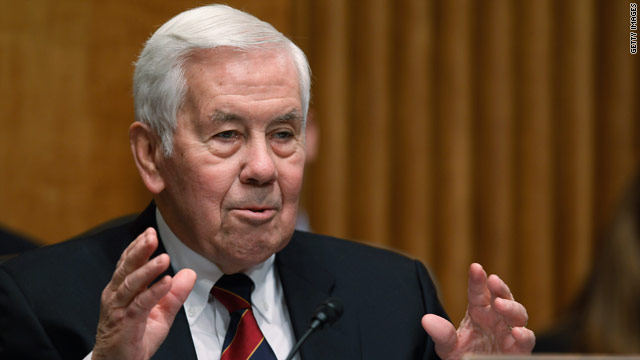 CNN's learned that the Tea Party Express will endorse state Treasurer Richard Mourdock at a news conference in Indiana.

"Over the years, Senator Lugar has repeatedly failed to address the fiscal crisis facing our country – voting for more wasteful spending and growth of government at every opportunity. At the same time, he has treated the Tea Party – one of the most impactful political movements in decades – with contempt and disdain," says Tea Party Express chair Amy Kremer, in a statement obtained by CNN.

"Our decision to endorse Richard Mourdock for Senate was easy. Unlike Lugar, he believes in fiscal responsibility and accountability. He supports a government bound by the limits of the Constitution, and has an impressive record of fighting for conservative ideals."

The endorsement from the Tea Party Express comes less than one week after Mourdock won the backing from 55 local tea party groups from across Indiana, at a convention held last weekend by an organization called Hoosiers for a Conservative Senate.

A spokesman for Lugar downplayed the influence the endorsement might have in the race.

"This is no news for the campaign that an outside-of-Indiana organization would like to come in and influence what the voters of Indiana think, and should think," Lugar's political director David Willkie said Wednesday. "Dick Lugar is a Hoosier, he works hard, he shows up for work. He represents Indiana extremely well in the U.S. Senate and he has continued to do that throughout his career."

The Tea Party Express, known nationally for its numerous cross country bus tours, has become a player in GOP primary politics. In the last election cycle, the Tea Party Express backed conservative candidate Joe Miller in his successful GOP primary challenge to incumbent Republican Sen. Lisa Murkowski of Alaska, who ended up defeating Miller in the general election, when she ran as a write in candidate. The group also assisted Mike Lee, who defeated incumbent Sen. Bob Bennett of Utah in the primary process and won in the general election. They also backed Christine O'Donnell in her upset of establishment Republican Rep. Mike Castle of Delaware in that state's GOP Senate nomination but she lost in the general election.

The group, which also co-hosted a first ever tea party Republican presidential debate with CNN earlier this month in Tampa, Florida, says it's going to put its clout behind Mourdock.

"Tea Party Express is going to work hard to make sure Mourdock is the next Tea Party Champion in the Senate, and Lugar is headed home to retirement where he belongs," adds Kremer.

Some other national fiscal conservative groups, like FreedomWorks and Club for Growth, are also trying to unseat Lugar, as he battles for a seventh term in the Senate. The assistance could come in handy for Mourdock, who was far behind Lugar, as of the second quarter, in the battle for campaign cash.

Rep. Joe Donnelly is currently the only announced Democratic candidate in the race.