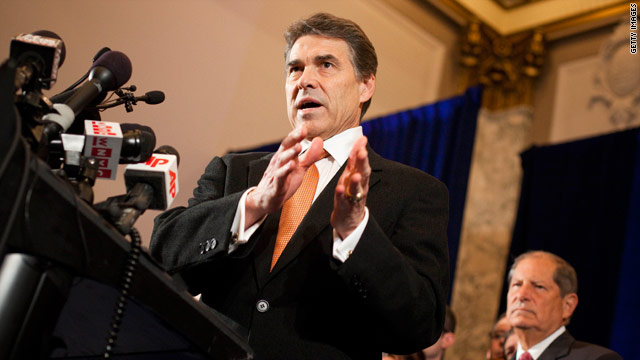 Burns was a prominent supporter of social conservative and Arkansas Gov. Mike Huckabee in the last presidential primary cycle in New Hampshire, serving as President of the Huckabee Youth Outreach effort and the state grassroots coordinator for HuckPAC.

He told CNN Perry's record on job creation and lowering taxes convinced him to support the three-term Texas governor.

Burns' endorsement comes as Perry is working to overcome a widely-panned debate performance in Florida last week. Burns said he was not dissuaded.

"I'm not going to lie - it wasn't his best performance," Burns said. "But that's not the only reason you pick a guy for president, because he can deliver a great speech. I think you've got to look at the whole candidate."

Burns, who also serves as the New Hampshire Young Republicans National Committeeman, pointed to former Massachusetts Gov. Mitt Romney as a candidate who could perform well in debates but who had not earned his support.

"Romney can say the right things at the time, but [he] hasn't been very consistent," Burns said.

Romney led the field of GOP contenders in a series of state polls released last week.

Perry visits the first-in-the-nation primary state this weekend and will host his first town hall in Derry Friday.