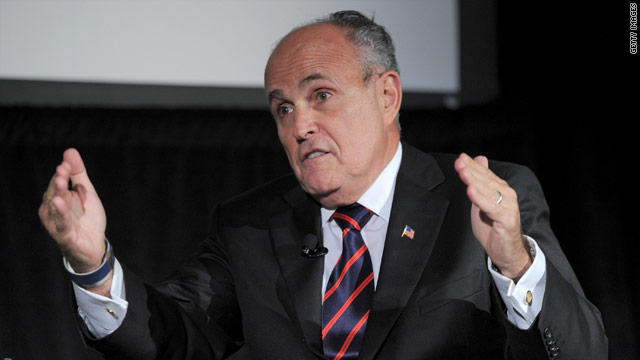 Top adviser Jake Menges was in the state today meeting with supporters and potential staffers and asking some friends to keep their powder dry until Giuliani makes a decision, the source said.

In a Sept. 7 interview, Giuliani told CNN's Piers Morgan, "If Barack Obama remained roughly where he is now, sure I think I could beat him."

Earlier that week at the National Press Club in Washington, Giuliani told the audience he would only run again if the GOP became "desperate."

After failing to gain traction in the first-in-the-nation primary state in 2007, Giuliani bypassed New Hampshire to concentrate on Florida. In his most recent visit to the state this summer, the popular mayor signaled he would focus more energy in the New England state were he to run this cycle.

The adviser's visit was first reported by WMUR.