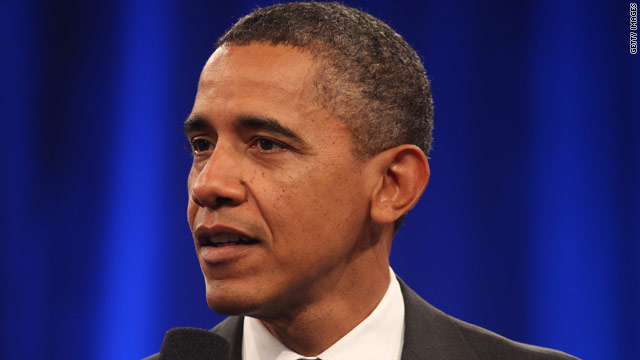 (CNN) - New polls in Ohio and Pennsylvania indicate that President Barack Obama has his work cut out for him to keep the two key battleground states in the Democratic column in next year's presidential election.

According to a Quinnipiac University survey released Wednesday morning, 53 percent of Ohio voters disapprove of the job the president's doing in office, with 42 percent saying they approve of how Obama's handling his duties. The 42 percent approval rating matches the president's all-time low in Quinnipiac polling for Ohio. The survey also indicates that by a 51 to 43 percent margin, Buckeye State voters say the president doesn't deserve to be re-elected in 2012.

In a sign of just how important the state is to the White House, Obama and Vice President Joe Biden made four visits combined to the state this month, to lobby for the president's jobs package.

"Ohio is ground zero for the jobs debate," GOP strategist and CNN contributor Alex Castellanos said. "If the president is losing Ohio, he is not just losing a state; he is losing the debate on jobs."

Ohio's 18 electoral votes are expected to be pivotal to the 2012 presidential election. George W. Bush sealed his 2004 re-election by narrowly winning the state over Sen. John Kerry. In 2008, Obama and Biden took the state by five points. But the GOP won big in last year's midterm elections, taking back the governor's office and five House seats held by Democrats.

From 1976 through the 2004 election, Pennsylvania was an extremely contested state in presidential politics. Obama won the state by ten points over Sen. John McCain in the 2008 contest, but the Republicans stormed back in last year's midterm elections, winning back the governor's office, a U.S. Senate seat and five House seats held by Democrats.

A new Quinnipiac poll in the Keystone state indicates that by a 54 to 43 percent margin, Pennsylvania voters disapprove of the job Obama's doing in the White House, and by a 51 to 44 percent margin, they don't think he deserves a second term in office.

According to the survey, the president holds a 45 to 43 percent margin over Romney in a hypothetical general election matchup, with Obama holding a 45 to 42 percent margin over former Sen. Rick Santorum of Pennsylvania. Both margins are within the poll's sampling error. Obama has a 46 to 40 percent advantage over Perry in the survey..

The Qunnipiac University poll in Pennsylvania was conducted September 21-26, with 1,370 registered voters questioned by telephone. The survey's overall sampling error is plus or minus 2.7 percentage points.

The Quinnpiac University poll in Ohio was conducted September 20-25, with 1,301 registered voters questioned by telephone. The survey's overall sampling error is plus or minus 2.7 percentage points.