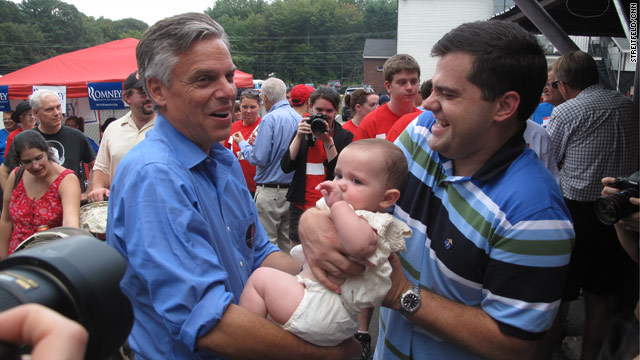 After re-structuring his struggling campaign this summer, the former Utah governor said in August he would concentrate on winning Florida, South Carolina and New Hampshire.

Now the campaign will focus its energies largely on the first-in-the-nation primary contest in New Hampshire, a small state where retail politics are prized and where candidates can compete relatively inexpensively.

The state also has a semi-open primary, in which independent voters are permitted to vote for either Republicans or Democrats. Independents make up about a third of the state's voters.

Huntsman is hoping to appeal to moderate and Independent voters with his middle-of-the-road stances on issues like the environment and civil unions.

Huntsman will keep his offices in the early voting states of South Carolina and Florida, and in a statement the campaign said the former ambassador to China would continue to campaign in those states.

The campaign's headquarters in Florida, where Huntsman's wife grew up, will move from Orlando to Miami. Struggling to raise the money needed to stay afloat, Huntsman's campaign will also lay off several staffers from the Orlando office as it re-trenches for the fall campaign. A campaign source says the layoffs will affect those in duplicated roles as the campaign consolidates.

"Success in New Hampshire is vital for our campaign to have the momentum we need to succeed in South Carolina, Florida, and the states that follow," Campaign Manager Matt David said in a statement.