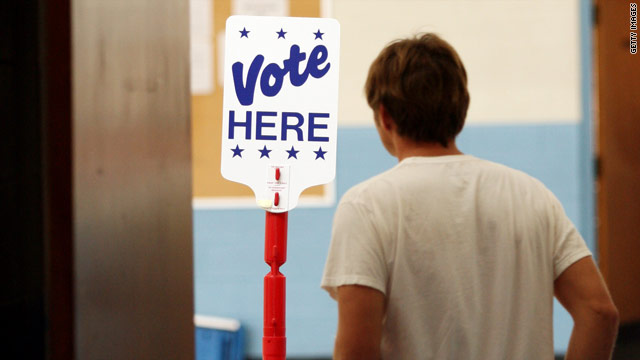 Washington (CNN) - A panel of Florida legislators bucked national Republican Party rules Friday and approved a motion to hold the state's presidential primary on Jan. 31 of next year.

The move, crafted to ensure that Florida goes fifth in the nominating process, is certain to scramble the presidential primary calendar and push the first contest of the GOP nomination fight into the early days of January.

Political Notebook: CNN’s Bob Costantini discusses Florida’s decision to move up its primary date with a Sunshine State political scientist; and CNN’s Lisa Desjardins has the outlook for budget and jobs action on Capitol Hill. Shutdown threat, anyone?

Iowa, New Hampshire, Nevada and South Carolina - the only four states allowed to vote before March 6 under Republican National Committee rules - have collectively vowed to move the dates of their caucuses and primaries ahead of Florida to protect their early voting status.

If those first four states move to the front of line as expected, the campaign for the GOP nomination will officially begin a full month earlier than expected, leaving candidates and potential candidates like Sarah Palin and Chris Christie even less time to make their cases to voters.

Iowa Republican Party Chairman Matt Strawn vowed to remain first in the process and released a harshly worded statement calling on the RNC to punish Florida's delegation to next August's Republican National Convention in Tampa.

"The arrogance shown by Florida's elected leadership is disappointing, but not surprising," Strawn said.

"Equally troubling is to see this petulant behavior rewarded with our national convention," he added. "The consequences of Florida's intransigence must be swift and severe, including the refusal by the RNC to credential or seat any member of Florida's presidential primary date commission at the 2012 RNC convention in Tampa."

By tradition, Iowa waits for New Hampshire to set its first-in-the-nation primary date before choosing a date for the caucuses.

The New Hampshire Secretary of State did not immediately announce a primary date but, in a statement, did not rule out holding the contest as early as December 2011.

The first four states are working together and are likely to announce their dates together, a source familiar with the discussions said.

The source said that the states are unlikely to announce their dates today and may wait until after Saturday's RNC deadline to do so.

Florida went ahead with their plan, first reported by CNN on Wednesday, despite an intense behind-the-scenes lobbying effort from RNC Chairman Reince Priebus and party leaders in other states.

"While the primaries will now start earlier than planned, the overarching goal of the current rules was to allow more states and voters to have a role in choosing the next Republican nominee for President. This goal will be met," she said.

Under RNC rules, states in violation of the calendar can be stripped of half their delegates to next August's Republican National Convention in Tampa.

RNC members are also mulling stiffer penalties for rule-breaking states, like banishing those delegations to far away hotels in the Tampa area and giving their delegations the worst seats inside the convention hall.

But because the GOP convention is being hosted in the Sunshine State next summer and the eventual GOP nominee will likely want to avoid a nasty intra-party spat, Florida officials were confident enough to move ahead with the Jan. 31 primary date.

"That process included discussion of a range of dates from Jan. 3 to March 6 or later, so this compromise of Jan. 31 properly reflects the importance Florida will play on the national stage," Curry said. "We look forward to having a great primary, and then hosting a world-class convention for our party's nominee."