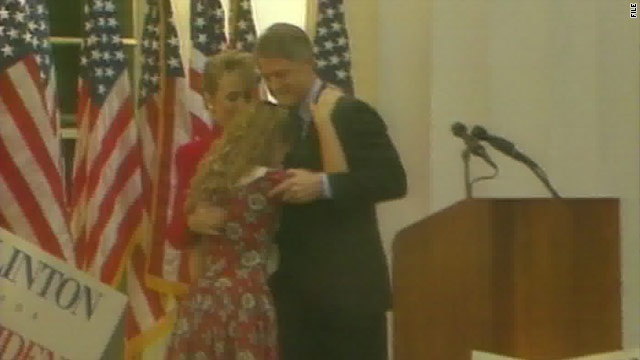 (CNN) - In 2011, Bill and Hillary Clinton are both busy professionals - he developing plans to reduce America's unemployment rate at the Clinton Global Initiative, and she leading American diplomacy as secretary of state.

This weekend, the Clintons will look back two decades to a day when they first came to the attention of most Americans.

The events, organized by the Clinton Presidential Center, began Friday with a bridge dedication and a film screening. On Saturday, Bill and Hillary Clinton will host an outdoor celebration at the Old State House in Little Rock.

Clinton's campaign in 1992 featured some memorable moments, including the time the future president played "Heartbreak Hotel" on the saxophone in an appearance on "The Arsenio Hall Show," and the time he told voters at a candidate forum that he had tried smoking marijuana, but "didn't inhale it."