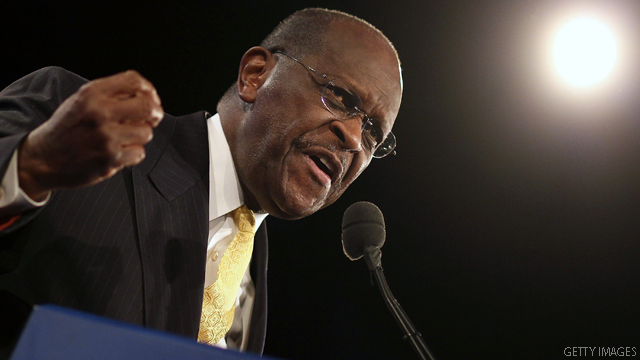 The Washington Post reported Sunday that the word “N*****head” was painted across a rock at the gated entrance of the property, which was leased and frequented by the Texas governor.

"My reaction is that is very insensitive," the former Godfather's Pizza CEO said on ABC's "This Week." "Since Governor Perry has been going there for years to hunt, I think that it shows a lack of sensitivity for a long time of not taking that word off of that rock and renaming the place. It's just basically a case of insensitivity."

Perry's communications director, Ray Sullivan, said the governor’s father painted over the offensive language in the early 1980s. Perry’s father first leased the property in 1983 according to the Post.

Sullivan later responded directly to Cain, who made similar comments on “Fox News Sunday,” saying he is "wrong about the Perry family's quick action to eliminate the word on the rock, but is right the word written by others long ago is insensitive and offensive. That is why the Perrys took quick action to cover and obscure it."