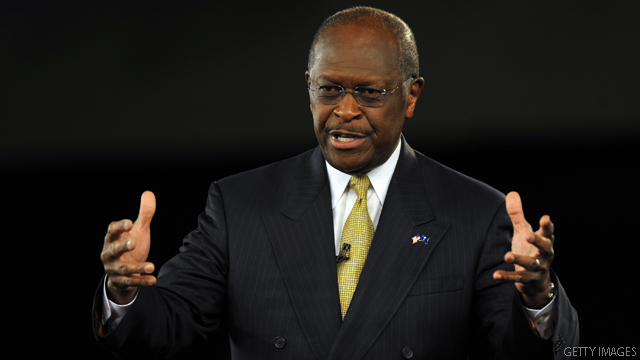 (CNN) - Republican presidential candidate Herman Cain is set to embark on a busy week on the heels of two weekend straw poll wins.

The former Godfather's Pizza CEO grabbed the top spots among GOP candidates in straw polls at the National Federation of Republican Women's national convention and the TeaCon 2011 survey outside Chicago.

Cain also won the TeaCon survey, the first Midwestern Tea Party Convention, in a landslide Saturday. He was the only candidate to attend the two-day event.

But he will be potentially courting a different variety of support Monday when he meets with real estate mogul Donald Trump, who considered his own run for the White House earlier this year. Meetings with the reality star have become commonplace among 2012 presidential candidates. Romney and Perry met previously with Trump. He and Cain are scheduled to convene midday at Trump Towers in New York City.

Cain will check off another unwritten mandatory step for presidential hopefuls, releasing a book, "This is Herman Cain!: My Journey to the White House," Tuesday.

Cain: I would give 'Hail to the Chief' a fresher sound