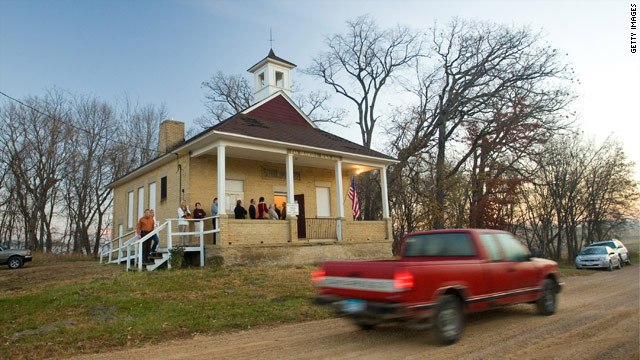 Washington (CNN) – Nearly 70% of Americans have a great deal or fair amount of trust in their local government, according to a Gallup poll released Monday.

This number contrasts dramatically with a CNN/ORC International Poll released last week that had American's confidence in government at an all-time low. According to the poll, 15% of Americans say they trust the federal government to do what is right about always or some of the time.

"The previous all-time low was 17%, set in the summer of 1994," says CNN Polling Director Keating Holland. "Before the Watergate scandal, a majority of Americans said they trusted the government always or most of the time, but since 1974 that has happened only during a brief period in 2001 immediately after the 9/11 terrorism attacks."

The Gallup poll shows American's confidence in their local government has remained steady over the last decade. Two years ago, state government's polled evenly to local governments, but when budgetary woes hit cash-strapped states in 2008, confidence fell to as low as 51% and now hovers around 57%.

The same trend is seen in the legislative branch, too.

"State and local governments cannot perform many of the policy roles for which the federal government is responsible," wrote Gallup's Lydia Saad in the poll release. "Yet state and local officials could find that the public trust they enjoy would provide them strong public support for taking more control from Washington of the areas they are already involved in, such as education, health and human services, transportation, environmental regulations, and crime control."

Results for this Gallup poll are based on telephone interviews conducted Sept. 8-11, 2011, with a random sample of 1,017 adults, aged 18 and older, living in all 50 U.S. states and the District of Columbia. The sampling error is plus or minus four percent.