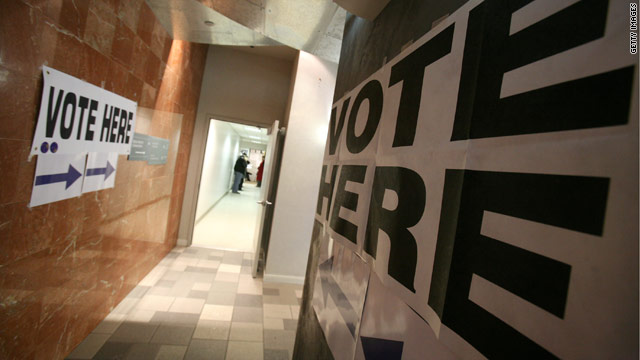 (CNN) - South Carolina Republicans are expected Monday to announce the date of their first-in-the-South presidential primary.

State GOP chairman Chad Connelly is scheduled to reveal the date when he steps in front of cameras at a news conference at the party headquarters in Columbia at 11am ET.

The announcement by South Carolina Republicans comes three days after the Republican Party of Florida revealed that its primary will be held on Tuesday, January 31. The move by the Florida GOP breaks Republican National Committee rules which specify that the only states allowed to hold contests before March 6 are the traditional early voting states of Iowa, New Hampshire and South Carolina, as well as Nevada. Under RNC rules, states in violation of the calendar can be stripped of half their delegates to next August's Republican National Convention in Tampa, Florida.

Friday's move, crafted to ensure that Florida goes fifth in the nominating process, is certain to scramble the presidential primary calendar and push the first contest of the GOP nomination fight into the early days of January.

Iowa, New Hampshire, South Carolina and Nevada have vowed to move the dates of their caucuses and primaries ahead of Florida to protect their early voting status. If those first four states move to the front of line as expected, the campaign for the GOP nomination will officially begin a full month earlier than expected, leaving candidates and potential candidates like former Alaska Gov. Sarah Palin and New Jersey Gov. Chris Christie even less time to make their cases to voters.

Nevada Republicans announced Saturday they will hold their caucus on the Saturday after New Hampshire's primary, whenever that takes place.

–CNN's Peter Hamby and Paul Steinhauser contributed to this report