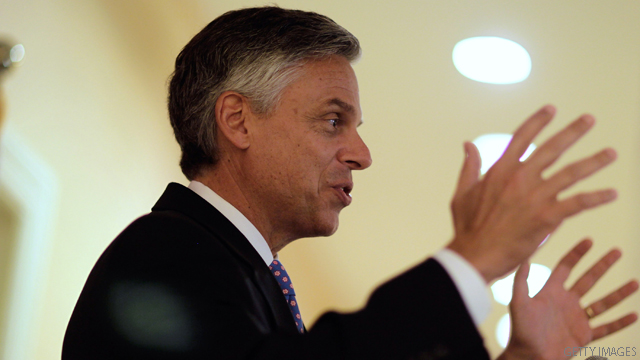 The former Utah governor and U.S. ambassador to China will present his vision for U.S. foreign policy in a morning speech Oct. 10 at Southern New Hampshire University.

Former Massachusetts Gov. Mitt Romney has announced he will give a foreign policy speech of his own Friday at The Citadel in South Carolina.

Huntsman is moving his campaign headquarters up to New Hampshire and has made winning the first-in-the-nation primary state the focal point of his campaign. State polls indicate he has increased his appeal among voters here, but Romney remains the overwhelming front-runner in the state.

The campaign is touting Huntsman's experience representing the U.S. abroad as unique among the GOP field.

"At a turbulent time on the world stage Gov. Huntsman is the only candidate in the race with hands-on foreign policy experience," said campaign spokesman Michael Levoff. "He will offer a visionary, modern and nimble foreign policy that will both make us safer and expand our economic interests, creating jobs here at home."