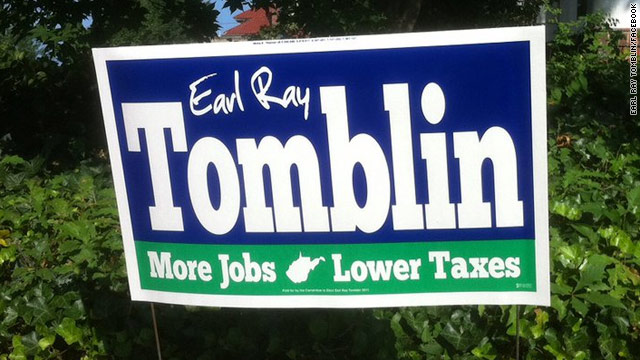 With 100% of precincts reporting, Tomblin received 49.4% of the vote to 47.2% for Maloney, according to unofficial results from the West Virginia Secretary of State’s office.

“I called Earl Ray and congratulated him. He won, and that proves the power of democracy,” Maloney said in a statement. “The people made their choice, and I respect their decision.”

Tomblin, the former state senate president, has served as the acting governor since November 2010, when his predecessor Joe Manchin resigned to fill the U.S. Senate seat that once belonged to the late Sen. Robert Byrd. The incumbent will serve out the remaining 15 months of Manchin's term.