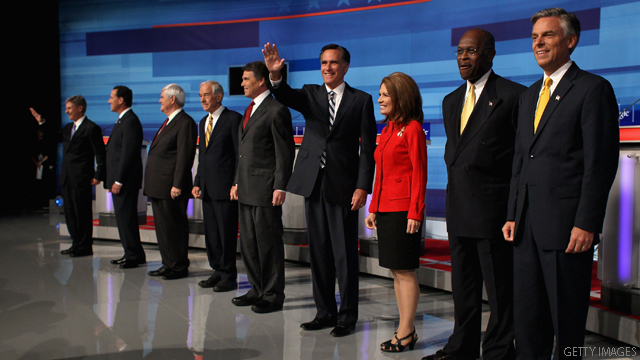 Washington (CNN) - What a difference a couple of weeks make.

In late September Texas Gov. Rick Perry was the front-runner in national polls of the race for the Republican presidential nomination. But a new CNN Poll of Polls of the GOP race indicates that former Massachusetts Gov. Mitt Romney is on top of the field of candidates with Perry in the third slot.
END_OF_DOCUMENT_TOKEN_TO_BE_REPLACED 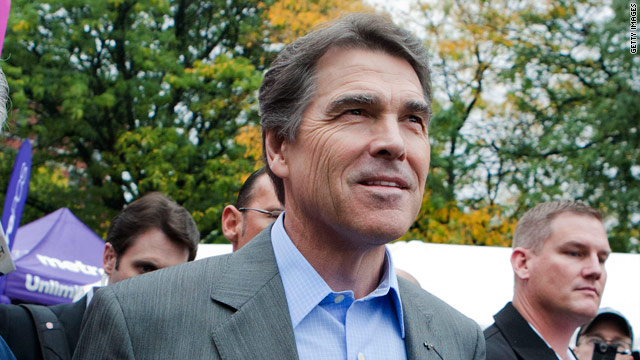 Washington (CNN) - Did the Orlando debate hurt Rick Perry in the polls? Sure. But the Texas governor's much-maligned performance apparently did not hurt him financially.

When asked to elaborate on its 3rd quarter fundraising numbers and specifically release figures for before and after the September 22 GOP debate, the Perry campaign responded immediately to CNN.
END_OF_DOCUMENT_TOKEN_TO_BE_REPLACED

Democrats: Surtax on high-earners would pay for Obama's job plan

Washington (CNN) - Senate Democrats Wednesday unveiled a five percent tax hike on annual income over $1 million, which they said would raise the nearly $450 billion needed to offset the cost of President Barack Obama's recent proposal to boost employment and stimulate the economy.

However, the idea was met with a not-unexpected thud by Senate Republicans who steadfastly oppose tax increases and indicated it won't pass the narrowly divided chamber.
END_OF_DOCUMENT_TOKEN_TO_BE_REPLACED 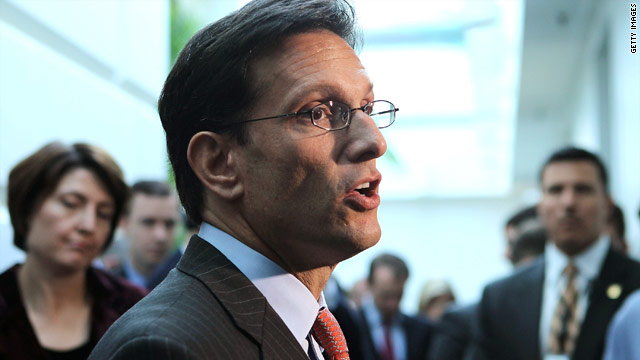 Cantor's Deputy Chief of Staff John Murray told CNN in a phone interview Wednesday that he's leaving his post at the end of the week to launch the new political group. Murray says his goals are twofold - to help GOP candidates with campaign resources and "put a muscular communications voice behind center-right candidates and policies that are in line with the 'Young Guns' movement."
END_OF_DOCUMENT_TOKEN_TO_BE_REPLACED 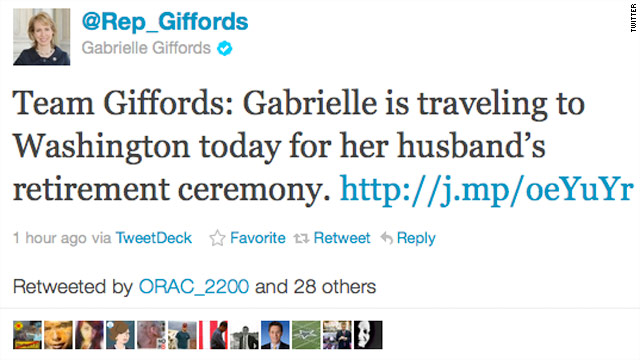 (CNN) - Rep. Gabrielle Giffords of Arizona will make her second trip to Washington since being gravely wounded in a mass shooting in January.

The Democratic congresswoman will attend a military retirement service for her husband, astronaut and Navy captain Mark Kelly, at the White House on Thursday, with no plans to stop by Capitol Hill.

Washington (CNN) - An independent conservative group says it's going up with a series of new television commercials and radio ads in Iowa later this month as part of its campaign to "Stop Mitt Romney" from winning the Republican presidential nomination, CNN has learned.

The group, The Campaign to Defeat Barack Obama, released a web video Wednesday as part of a fundraising effort to pay for what it says will be future ad buys for the TV spot in New Hampshire and South Carolina. The three states, along with Nevada, kick off the primary and caucus season.
END_OF_DOCUMENT_TOKEN_TO_BE_REPLACED 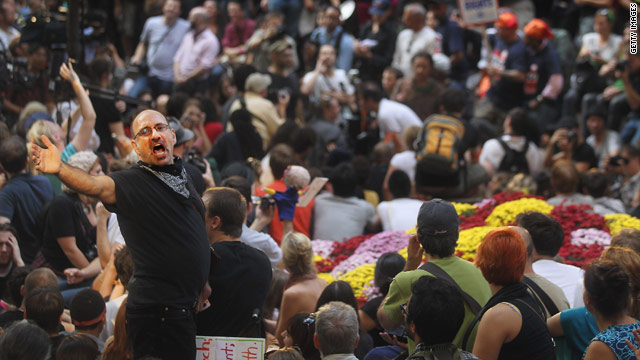 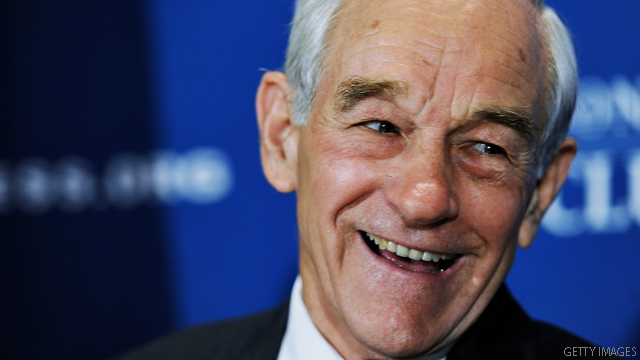 The Texas congressman, who is known for his ardent supporters, accomplished a rare feat in building on his second quarter totals. He raised $4.5 million in the second quarter.
END_OF_DOCUMENT_TOKEN_TO_BE_REPLACED 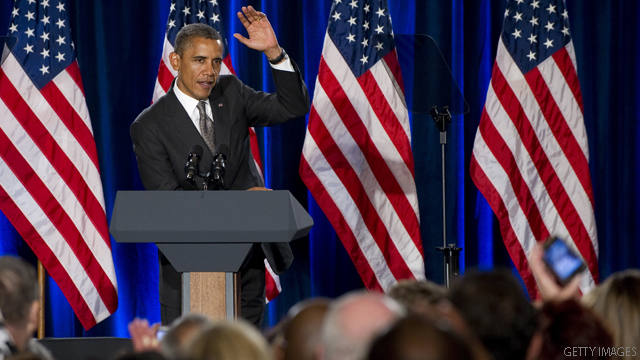 Obama to hit the road again

(CNN) - President Barack Obama is headed out on another bus tour, according to new information from a White House official. The president’s second such tour since taking office will bring him through North Carolina and Virginia – two states he won in 2008 that promise to be crucial states on any path to victory in 2012.

Although the specific stops are still unknown, the official confirmed that the tour will take place from Oct. 17 to Oct. 19, and will primarily focus on urging Congress to pass the president’s jobs proposal, the American Jobs Act. If the itinerary of this trip is anything similar to the president’s August bus tour through the Midwest, it will likely be chock-full of “off the record” retail campaign stops, informal meetings with small groups of voters, as well as larger campaign-style rallies and town hall meetings. 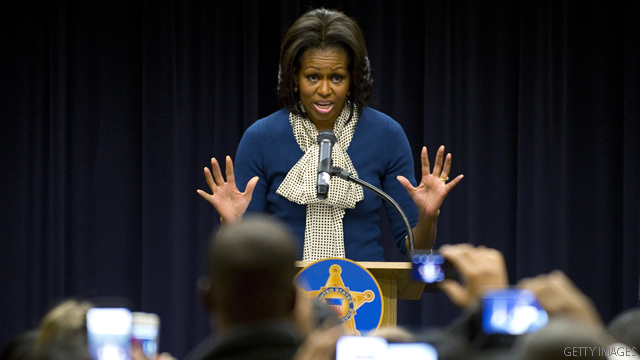 (CNN) - Turns out the Secret Service doesn't just protect the Obamas, they also are the root of a bit of tension between the younger members of the first family.

That's according to first lady Michelle Obama who, during a tour of the U.S. Secret Service headquarters Wednesday, joked her daughters will often fight over which agents are assigned to cover them for the day.