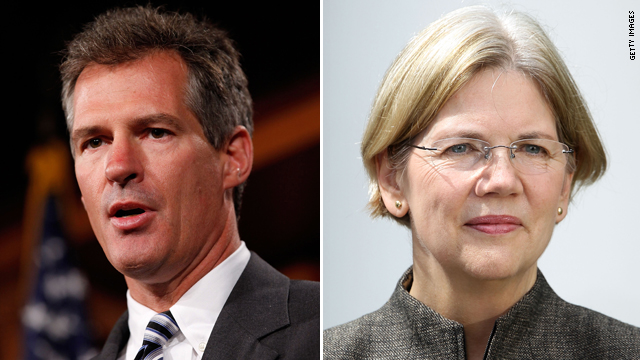 When asked Tuesday at a primary debate how Warren paid for college - noting a nearly nude 1982 Cosmopolitan magazine photo shoot that Brown did to earn money at age 22 - the Democratic candidate fired off: "I kept my clothes on."

Two days later, Brown had one comment about Warren not taking off her clothes.

"Thank God," he said, laughingly, during a radio interview with WZLX in Boston Thursday. "I didn't go to Harvard. I went to the school of hard knocks, and I did whatever I had to do to pay for school."

Brown, who was elected to the Senate in a January 2010 special election, received his degrees from Tufts University and Boston College Law School. Warren graduated from the University of Houston and Rutgers School of Law.

A poll released Monday showed the two candidates in a statistical dead heat.