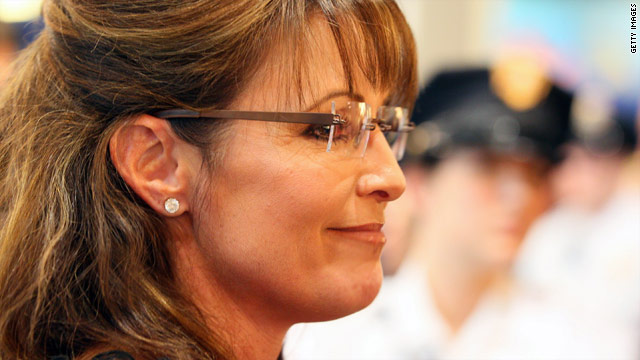 Palin: It was the right decision

(CNN) - Sarah Palin said she's not looking back after her decision against seeking the White House in 2012, but admitted she felt a sense of sadness about the move.

"I would go back and forth about whether now is the time, and if I say no to the opportunity that's in front of me, running for office now, politically speaking, will I die? Will I be ineffective?" Palin said in a Fox News interview Wednesday night.

Answering her own question, Palin said "no" and that she believes a person can still make a difference in 2012 without the title of "candidate."

"I know beyond a shadow of a doubt, after great confirmation today, too, personally speaking, I know it's the right decision," Palin said.

The former Alaska governor first made her announcement Wednesday in an interview with conservative radio talk show host Mark Levin.

This summer, Palin frequently said she was considering a presidential bid and made high-profile speeches in key battleground states.

But as she faced a filing deadline of Oct. 28 for the nation's first primary in New Hampshire, and as fellow GOP star and New Jersey Gov. Chris Christie decided against running for president, the speculation over a Palin entrance grew considerably over recent weeks.

In the interview, Palin noted Christie's much-anticipated decision this week.

"I made my announcement today in the format I did because that was his seventh million 'no,' and I didn't want to go through all of that," Palin said. "I wanted to just kind of put the marker down and say, 'no,' I'm not running."

Palin said since the announcement she's already received calls from presidential candidates and plans to meet with them, although she didn't give any names.

When asked about Herman Cain, who's seen a spike in recent polling, Palin said she was interested in learning more about the Georgia businessman and former CEO of Godfather's Pizza.

"He's pulled himself up from the bootstraps - that Americana story we are hearing about," Palin said.

Palin and Cain have made headlines for their recent sparring in the media, calling each other the "flavor of the week." But Palin pulled her punches Wednesday, saying Cain's business background could help the government stay out of the private sector.

"I believe he knows how to do that, so I look forward to hearing more of his details," Palin said.