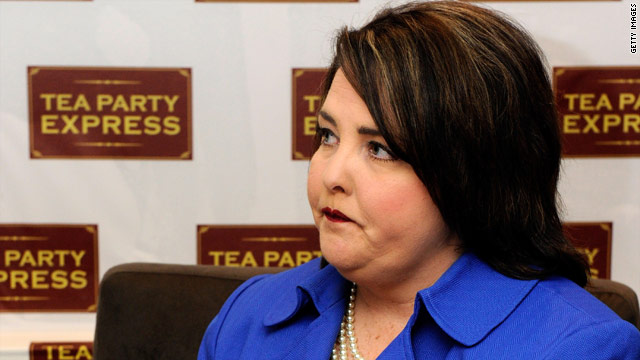 The new tax on those with income over a million dollars a year was introduced by Senate Democrats to pay for the president's American Jobs Act. The President endorsed the measure at his Thursday news conference.

"There are a number of people that have signed these pledges that they're not going to raise taxes and they have no hope of getting it through," Kremer said on CNN's Newsroom.

She described the push as another stimulus that won't work and a way to "blame Republicans."

Instead, Kremer suggested cutting the corporate tax so that businesses can "start to have confidence in the system and go forward and hire people."

And when it comes to compromise, the tea party leader pushed back at the president's claim that the GOP has been reluctant to bargain.

"Republicans have put plan after plan out there and the Democrats say no," she asserted, citing "Cut, Cap and Balance," and House Budget Chair Paul Ryan's plan to overhaul entitlements as evidence.

Looking ahead to 2012, she named businessman Herman Cain as "the one to watch," though Kremer balked at giving him an out-and-out endorsement.

Her stamp of approval would give any GOP candidate a boost among the sought-after tea party vote.

"Herman Cain is doing a major thing right now," she said. "He's got a lot of momentum, a lot of people like him, he's a straight talker, he's a businessman and that's what people like."

But she also hedged her praise of the conservative radio talk show host who's been rising in national polls.

"I think that the field is still very volatile," Kremer said.