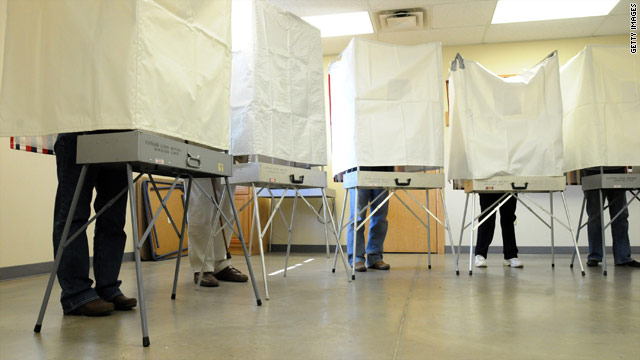 The Republican Party of Iowa chairman made his comments Thursday morning in an interview on MSNBC.

Iowa's caucuses traditionally lead of the presidential primary and caucus calendar, with New Hampshire, which for decades has held the first-in-the-nation primary, coming second.

Last Friday, Florida announced that they would hold their primary on January 31. All four of the designated early voting states, Iowa, New Hampshire, South Carolina, and Nevada, vowed to move up the dates of their contests.

South Carolina, which traditionally holds the first southern contest in the race for the White House, was first to announce a date. Earlier this week they said they would hold their primary on January 21. Wednesday night Nevada Republicans announced their caucus will be held on January 14.

All eyes are now on Iowa and New Hampshire, which by statue requires the state to hold its primary at least seven days before any other state's contest. Last week, before Nevada's announcement, New Hampshire Secretary of State Bill Gardner told CNN that the Granite State primary "won't be four days ahead of Nevada."

If Gardner wants to keep New Hampshire's contest seven days ahead of Nevada, and hold the primary on a Tuesday, where it's traditionally been held, Tuesday January 3 may be his only option. That could force Iowa to move its caucus to December.

While Strawn did not rule out holding a caucus in December, he appeared to be learning towards January. He also added that he would be comfortable with a five day window between the Iowa caucus and the New Hampshire primary, as was the case in 2008.

"This is early to be setting a date," Gardner said.

Last election cycle, faced with similar moves by other states to move up in the primary and caucus calendar, Gardner waited to announce New Hampshire's primary date until Nov. 21.

But Strawn indicated that Iowa can't wait that long, saying that "Iowa can't not necessarily wait now for New Hampshire to set a date."

Strawn said he might have to announce his state's caucus date by November 1.