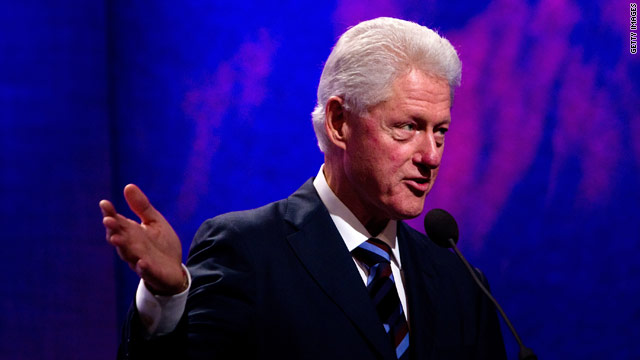 (CNN) – President Obama has an endorser in a former president, and former foe.

Former President Bill Clinton released a statement Friday disputing the use of his own words as a critique for the president's "American Jobs Act."

American Crossroads, a conservative independent advocacy group, released an ad using a quote from the former president's speech at the Clinton Global Initiative in September.

"I personally don't believe we ought to be raising taxes, it won't solve the problem," Clinton says in the Super PAC's ad.

But the influential former POTUS took issue with that portrayal.

"The Republican group American Crossroads has used a quote from me in a video opposing President Obama's jobs plan and the 'Buffett Rule,'" he said in the statement provided to Politico.

"The advertisement implies that I opposed the 'Buffett Rule.' In fact, I support both the American Jobs Act and the 'Buffett Rule.' I believe that it's only fair to ask those of us in high-income groups - who have received the primary benefits of the last decade's economic growth and the majority of its tax cuts as well - to contribute to solving our long term debt problem."

And Clinton added a clarification, in case his point remained unclear.

"What I did say was that the 'Buffett Rule' cannot solve the problem alone. Reducing the debt requires three things: more economic growth, more spending cuts, and more revenue," he said.

Sounding a lot like the current president, Clinton asserted, "Right now, the most important thing is to put America back to work. That's why I support the American Jobs Act."