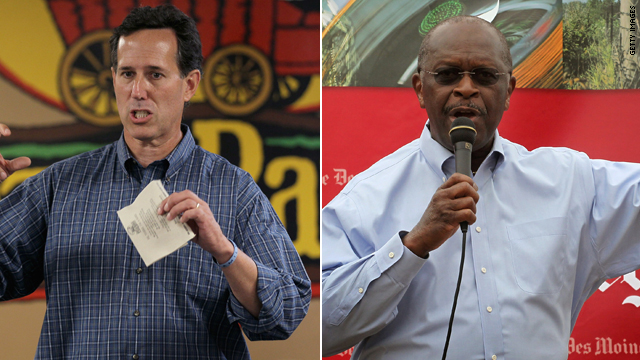 After laying out why he is a strong social conservative, Santorum directed his focus on Cain.

"Zero corporate income tax on any manufacturer processor in this country… Zero corporate tax on all of that money brought back if invested in plant and equipment in this country… And zero – we will zero out and repeal every single regulation the Obama administration has put in place that is 100 million dollars in business or more,” said Santorum, a former Republican Senator from Pennsylvania.

Santorum said his plan would boost the middle class and manufacturing, area of the economy that Santorum said used to be strong.

“Twenty-one percent of the people working in this country when I was growing up were involved in manufacturing,” Santorum said. “Now it's 9. We need to get those jobs back.”

By going after Cain, Santorum is punching up at the former Godfather’s Pizza CEO. Cain, with 17%, finds himself in second place in the race for the GOP nomination. Santorum, on the other hand, polls near the bottom of the field at 3%.