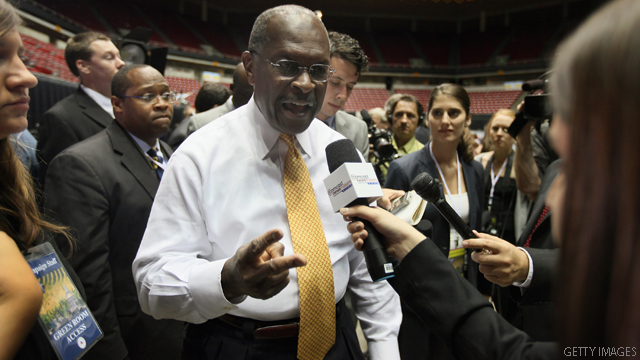 (CNN) - Herman Cain left the door open to serving as the vice presidential candidate on the Republican ticket in 2012 for "the right person."

In an interview with the Omaha World-Herald published Tuesday, the GOP White House hopeful said if his presidential bid fails, he would "consider" the No. 2 spot.

"I'm in it to win it," Cain said via telephone while campaigning in Virginia. "I'm not running for second place. [But] if we have the right nominee and it's not me, I'd consider it."

But the former Godfather Pizza CEO, whose poll stock has risen in recent weeks, added he will "be the nominee" and "beat Barack Obama" in the next election.

Although he did not say with whom he would like to run, Rick Perry is one name sure to not make his list.

Last week, Cain said he "would not be comfortable" running with the Texas governor.