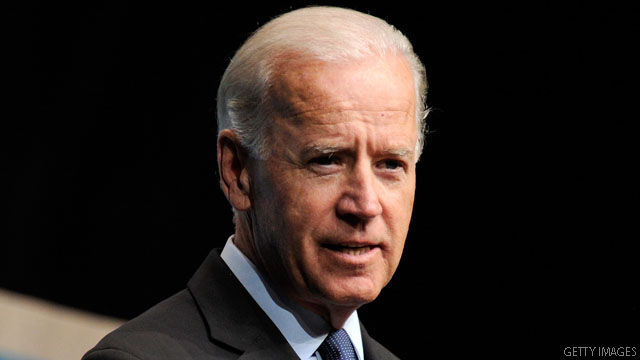 Biden said the proposal would unduly hurt the middle class in America.

"That's standing on its head what Teddy Roosevelt, a Republican, had in mind when he proposed a national income tax that'd be progressive," Biden said on ABC's "Good Morning America." "But it's totally consistent with the Republican philosophy that what you continue to do is continue to cut taxes for the millionaires and billionaires and continue to add a burden on the middle class."

As the latest candidate to surge in national polls, the former Godfather's Pizza CEO received the most criticism from his opponents over the proposal at the forum in New Hampshire.

Former Utah Gov. Jon Huntsman labeled it a "catchy phrase" and joked that he thought it was the "price of a pizza when I first heard it."

Former Sen. Rick Santorum of Pennsylvania asked audience members to raise their hands if they support the new sales tax. No one appeared to do so.

"There you go, Herman. That's how many votes you'll get in New Hampshire," Santorum said.

But Cain defended his plan as a fresh solution from an outside the Beltway figure.

Also appearing on ABC, he said the new rates would "lower the net taxes for everybody."

Biden linked the idea to past Republican policies and deregulation espoused by the GOP White House hopefuls that he said represents "more of the same."

"The last time we liberated the economy under their proposals, the last eight years put the middle class in chains," Biden said, referencing the presidency of George W. Bush. "My lord, how many times we have to go back to that horror movie?"