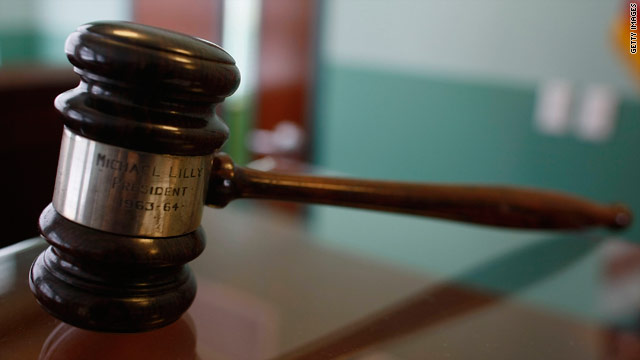 (CNN) – When offered a choice between sentencing a murderer to capital punishment or life in prison with no chance of parole, half of all Americans say they prefer a life sentence over the death penalty - the first time that has happened in CNN polling.

Fifty percent would opt for a life sentence; 48% said they would choose the death penalty, revealing a nation divided when it comes to capital punishment.

The remaining two percent had no opinion in the survey released Wednesday.

"That's not to say that Americans want to abolish the death penalty entirely," said CNN Polling Director Keating Holland. "But there is a difference between thinking that the government should have the death penalty as an option and actually wanting to see it applied."

Seven years ago, 56% of the nation said they preferred the death penalty, a number that decreased to 53% in 2009 and to 48% now. At the same time the number of Americans who believe that at least one person in the past five years has been executed for a crime that he or she did not commit increased to 72%.

The issue of the death penalty has even found its way onto the 2012 campaign trail, with some media attention given to the controversy surrounding the execution of death row inmate Todd Willingham. Willingham, who maintained his innocence, received the death penalty while GOP contender Rick Perry served as governor of Texas.

In 2005, when a solid majority preferred the death penalty, 59% believed that an innocent person had been executed within the previous five years. The CNN/ORC International survey reveals that figure has risen thirteen points.

The poll was conducted for CNN by ORC International from September 23-25 among 1,010 adults who were questioned by telephone. It has a sampling error of plus or minus three percentage points.