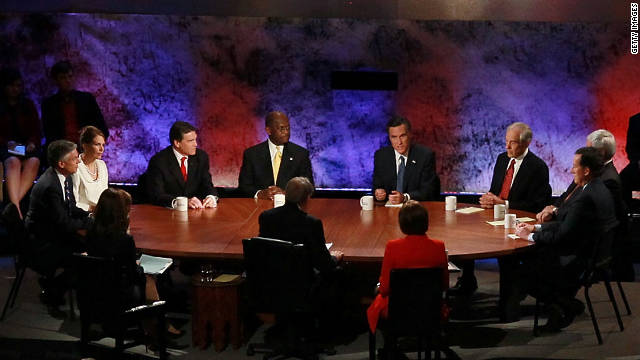 Hanover, New Hampshire (CNN) - Republican presidential rivals debated economic issues on Tuesday night and Herman Cain, the latest of the 2012 candidates to surge to the top of polls, found the bulls-eye painted on him.

Cain's "9-9-9" plan to restructure the tax code was the target Tuesday with rivals saying the plan was unrealistic and had little chance of being adopted. Cain's economic credentials were also questioned.

Here are five lessons from the debate.