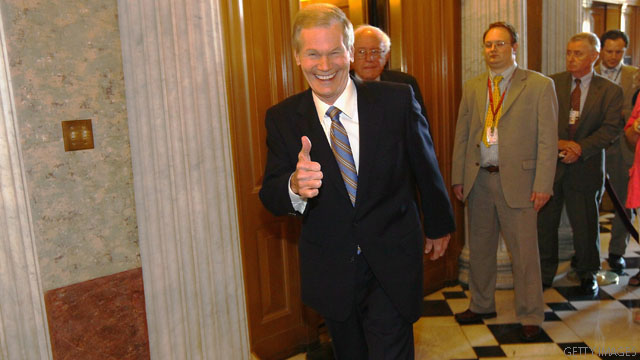 (CNN) - A two-term Democratic senator who could face a challenging re-election next year is reporting some big fundraising figures.

Sen. Bill Nelson of Florida will report raising just under $2 million in the third quarter of fundraising this year, according to a source close to Nelson's re-election campaign. The source also says the senator will report having around $7.5 million cash on hand for his re-election bid, and that 5,133 individuals made donations, a 54% increase in contributors over the second quarter.

The Republican candidates battling to face off next year against Nelson, former appointed Sen. George LeMieux, former state House Majority Leader Adam Hasner, and businessmen Craig Miller and Mike McCallister, have not yet revealed their July through September fundraising figures. Campaigns must file their numbers with the Federal Election Commission by October 15.

Nelson's numbers were first reported by the Palm Beach Post.