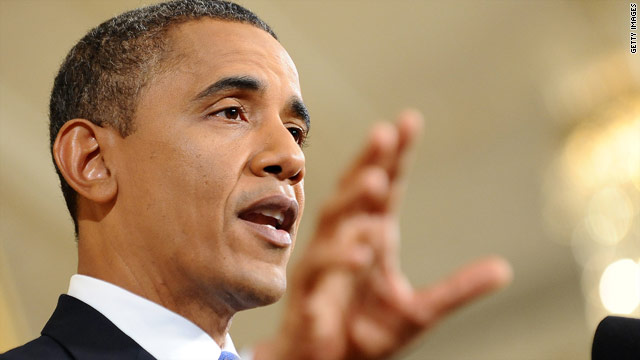 Washington (CNN) - With his $447 billion jobs bill stalled in the Senate , President Obama on Wednesday previewed several of the attack lines he will level in the coming weeks against Senate Republicans who put the brakes on the legislation from moving forward.

“Last night even though a majority of senators voted in favor of the American Jobs Act, a Republican minority got together and blocked this jobs bill from passing the Senate,” Obama told Latino community leaders at an event in Washington. “They said no to more jobs for teachers. No to more jobs for cops and firefighters. No to more jobs construction workers and veterans. No to tax cuts for small business owners and middle class Americans.”