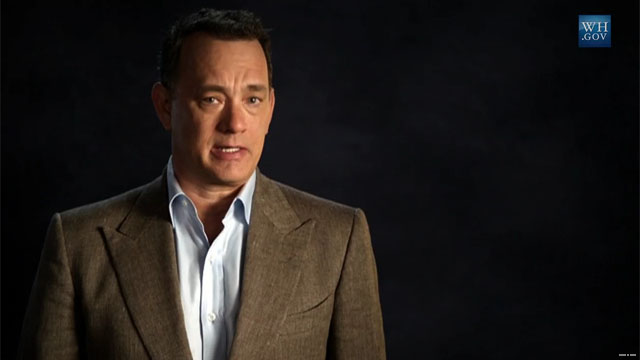 Washington (CNN) - Some of entertainment's biggest names have teamed up with the White House to film public service announcements that call on Americans to honor members of the military, their families and veterans.

According to the White House, actor Tom Hanks, director Steven Spielberg, and media mogul Oprah Winfrey each star in a separate PSA, which will air on several major network and cable channels over the coming weeks.