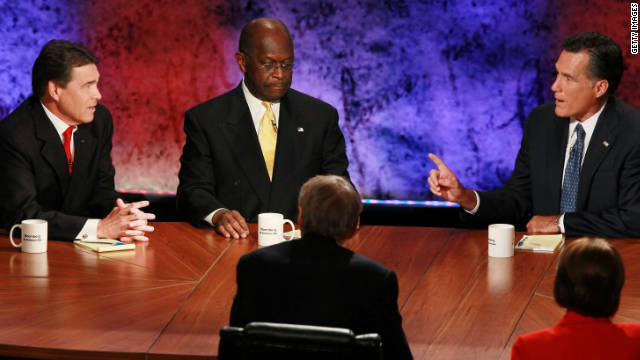 (CNN) - After watching the GOP presidential debate the other night, it was hard to avoid this conclusion: Mitt Romney looks more and more like the GOP presidential nominee. He's the best debater. He's got his issues and his rejoinders down pat. He brushes away his opponents like lint on his lapel. And all with such ease.