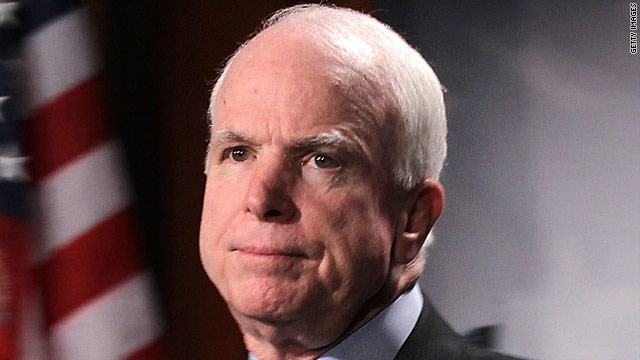 (CNN) - In an interview deriding the Iranian government for their alleged role in a foiled terror plot against the Saudi ambassador in Washington, Sen. John McCain took a swipe at President Barack Obama Thursday, saying that his failure to support Iranian anti-government demonstrators in 2009 may have allowed the plot to unfold.

McCain, the 2008 GOP presidential nominee, said in an interview on CBS' "The Early Show": "we could have avoided this. We should have supported [the demonstrators], and they could have overthrown the government then."

The alleged plot came to the attention of authorities when an Iranian-American man, Manssor Arbabsiar, attempted to hire an undercover DEA agent to conduct the assassination. Officials at the Department of Justice outlined their investigation at a press conference on Tuesday, announcing their intention to charge Arbabsiar as well as an Iranian co-conspirator, Gholam Shakuri.

The Arizona senator clarified that he did not believe the president's policies towards the demonstrators specifically influenced the evolution of the terror plot, but added: "When they were chanting in the streets 'Obama, are you with us or are you with them?' and he came out and said he didn't want to jeopardize his chances to negotiate with the Iranians, was an opportunity that we lost, because I think if we had supported those demonstrators at the time, it could have meant a significant change in the government of Iran."