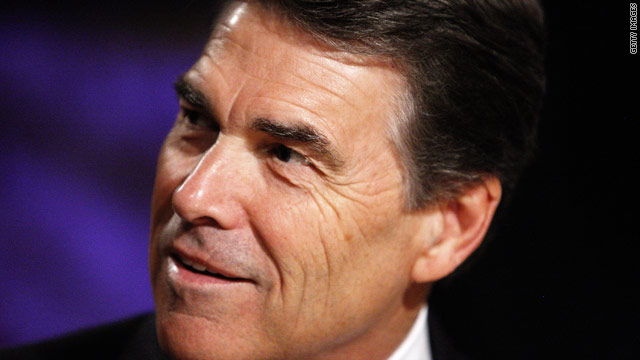 "I've been sounding the alarm on Washington for a long time now on the border security with Mexico," Perry said Thursday on CNBC. Perry will appear Friday on CNN's American Morning at 7 a.m. ET. He will unveil his energy plan later in the day from Pittsburg, Pennsylvania.

Perry was answering a question about Iran when he brought up his experience with the U.S.-Mexico border. On Tuesday, the Department of Justice revealed a plot in which Iranian government officials are alleged to have paid Mexican drug cartels to assassinate the Saudi ambassador to the United States in Washington.

"When you think about the Iranians using Mexico as a base of operation, we know Hezbollah and Hamas are also operating out of there, and securing this border, the next president of the United States, well let me put it to you this way: When I'm president of the United States, I'll secure that border, because we know how to do it. I've been dealing with it for 10 years.

"It's time for a president to recognize the problem we've got with that porous border, and this Iranian issue is just another symptom of a border that is so porous, and America must secure that border."