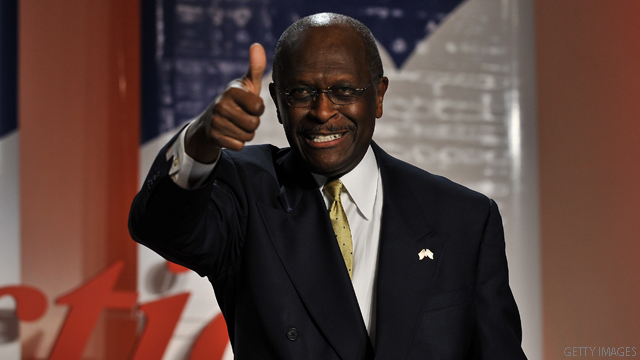 Las Vegas, Nevada (CNN) - Surging Republican presidential contender Herman Cain has picked up another morale booster in the race for the GOP nomination.

The two candidates with the most money in their campaign bank accounts, former Massachusetts Gov. Mitt Romney and Texas Gov. Rick Perry, nearly finished at the back of the pack with 3% and 2% respectively. Former Utah Gov. Jon Huntsman was last with 1%.

“Very interesting results. Cain is on fire here in S.C. I know it's just a snapshot. But I find these numbers interesting among our crowd,” FreedomWorks organizer Brendan Steinhauser told CNN.