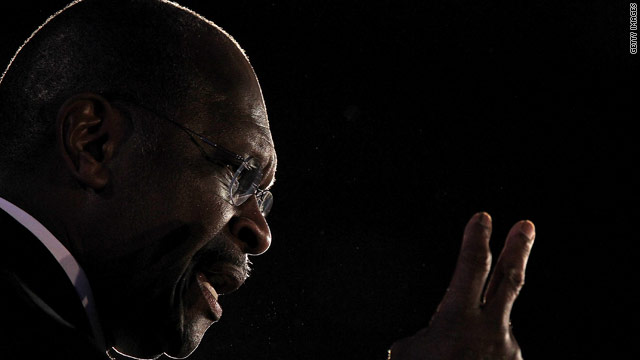 Washington (CNN) - As the race for the 2012 Republican presidential nomination has come into sharper focus, an unlikely figure has emerged - former Godfather's Pizza CEO Herman Cain.

A CNN poll of polls indicates that former Massachusetts Gov. Mitt Romney is on top of the GOP field of candidates at 23%, and Cain is just three points behind. Texas Gov. Rick Perry, who was a front-runner in the national polls from late August through much of September, trails Cain at 14%. The CNN poll of polls is an average of the latest four national surveys in the GOP race. It was compiled and released Thursday,