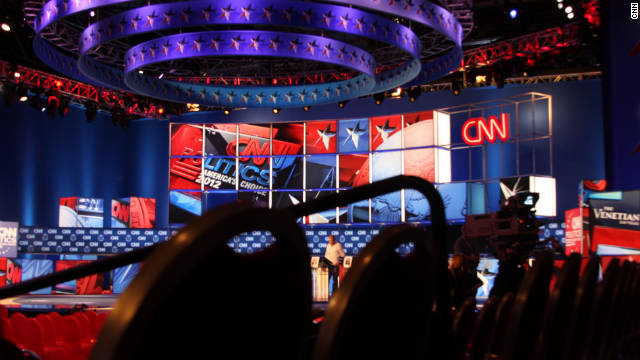 Las Vegas (CNN) - The stakes will be high Tuesday night for the seven candidates on the stage at a GOP presidential debate taking place alongside one of American's most famous and notorious avenues: Las Vegas Boulevard, known to millions as The Strip.

CNN and the Western Republican Leadership Conference are teaming up to put on the event at the Sands Expo and Convention Center and the Venetian Hotel and Casino, in a state that has become a poster child for the economic ills that plague the nation.