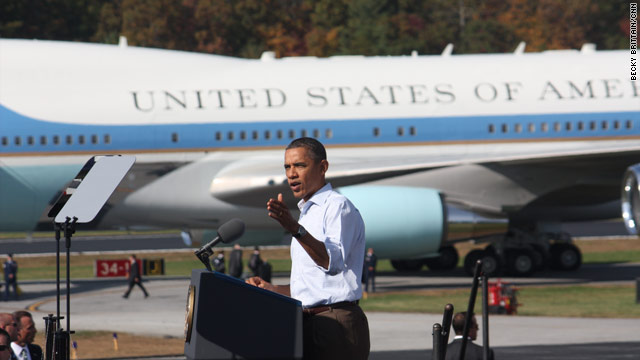 Washington (CNN) - It’s not often President Obama calls out negative advertising from his political opponents, but it appears one in particular caught his eye Monday Night.

Obama told a crowd in Jamestown, North Carolina that he was watching Monday Night Football when he saw an ad that he thought suggested he was for raising taxes on the middle class.