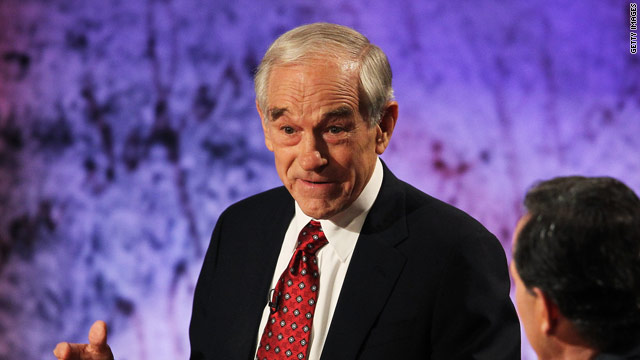 (CNN) - While Ron Paul said attacking other candidates is his "least favorite thing to do," he didn't pull any punches Tuesday when talking about fellow GOP presidential candidate Herman Cain's '9-9-9' tax proposal.

"I don't think it's a good plan," the Texas congressman said on CNN's "American Morning." "I think it's a dangerous plan."

Cain jumped to the top of the 2012 race, joining former Massachusetts Gov. Mitt Romney, in recent weeks while touting his '9-9-9' plan, which would impose a 9% rate on corporate and income taxes, as well as a new national 9% sales tax.

But Paul argued the plan opens the door for a value added tax and hit against the idea of building a new revenue stream through a sales tax.

"It would be very, very unpopular, and, matter of fact, I think the more people know about it, the more questions will be asked," Paul said.

But Paul might not pick that fight on stage Tuesday at the CNN/Western Republican Leadership Conference debate in Las Vegas. The White House hopeful said he prefers not to engage in attacking the most popular candidate at debates.

"I had some advisers tell me that, 'go after him,' 'attack him'," Paul said. "That's my least favorite thing to do. I will when I'm pressed for or challenged. Or when they challenge my supporters. Then I get annoyed and I feel offended when they do that. So, I take that personally."