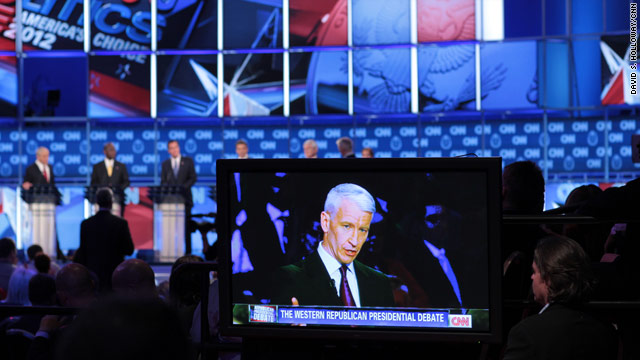 The numbers were enough to put CNN in the number-one spot Tuesday night among cable news networks from 8 p.m. to 10 p.m.

Among the key demographic of 25-54-year-olds, CNN's debate was also the number one rated program, drawing 1.6 million viewers.

The data was provided by the Nielsen organization.

Online, CNN also saw impressive figures, delivering more than 600,000 live streams of the debate. The hashtag #CNNDebate was trending internationally during the hours of the debate as well.

The debate, moderated by Anderson Cooper, featured testy exchanges between the candidates on issues like immigration, health care, and taxes.

CNN is currently slated to host three more debates in the primary election season: a foreign-policy themed event in November, a debate in Arizona in December, and a Florida debate in January.